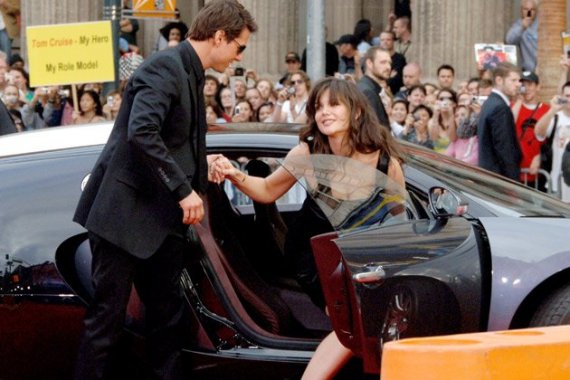 Celebrity cars must correspond with their stardom. Just to drive something modest, they simply can't appear in front of the public. The more popular the person is, the more elegant the car must be. The car itself can't create ones popularity, your cu

Do you think that your modern car makes you famous? Of course it's not...

The car itself can't create ones popularity, your currently status depends only on you. If you are a celebrity, you may have any kind of cars and they will be considered the most beautiful and modern. Just because a Celebrity is driving!

Celebrity cars must correspond with their stardom. Just to drive something modest, they simply can't appear in front of the public. The more popular the person is, the more elegant the car must be.

At auctions such as Repokar, Celebrity Cars can gain premiums of $10,000 - $50,000 and over, just because of celebrity ownership.

So what cars are the most by celebrities driven? Well, Mercedes, Range Rovers, Lexus and Bentley are often led by celebrities in the recent years. These chic automobiles have been attracting the likes of Kim Kardashian, Paris Hilton, Ashton Kutcher, 50 Cent, and Jay-Z.

So relax and enjoy these images of famous celebrity cars that we've selected to show you!

1. The Pop Star Paris Hilton is very serious in choosing a vehicle. She had a very chic car - Mercedes - Mclaren SLR, which costs around half a million dollars. But recently it has ceased to be a favorite car. It has a very complicated mechanism for opening and closing the doors. As a result, Miss Hilton changed it to Bentley Continental. In addition, it was colored in bright pink and decorated with some Swarovski crystals - Glamorous work! 2. World-famous for a variety of films Tom Cruise prefers classical and official Jeeps. His choice is of course Range Rover, which is a standard of his style. Here is Tom Cruise's Bugatti Veyron on which he often appears. 3. Officially the Queen Of Pop, Britney Spears has a chic garage which recently was reported for sale. The garage is really fantastic. The most superb cars there are Ferrari and Mercedes - Mclaren SLR. But the most favorite singer's car is her 1956 Porsche. For comparison - the cost of Mercedes is half a million dollars and Porsche values a total of 70 thousand dollars. Striking difference, but it is Britney's plus that she tries to be herself. 4. Struggling for a brighter ecological future many actors have replaced their cars with hybrid or electric one. The "runaway bride" Julia Roberts and hero of “Titanic” Leo DiCaprio have in their garages hybrid cars like Toyota Prius. 5. George Clooney drives a "Tango 600", which is completely harmless to the environment. 6. But the star of the film series "Die Hard" - Bruce Willis - recently sold his garage, which consisted entirely of gorgeous vintage cars. He sold:

- Convertible Chevrolet Corvette 1957 (it was a gift for Demi Moore, with whom they have worked very closely in the "Armageddon")

Besides were sold and less significant cars. The list is solid and the free space in the legendary actor's garage really increased.